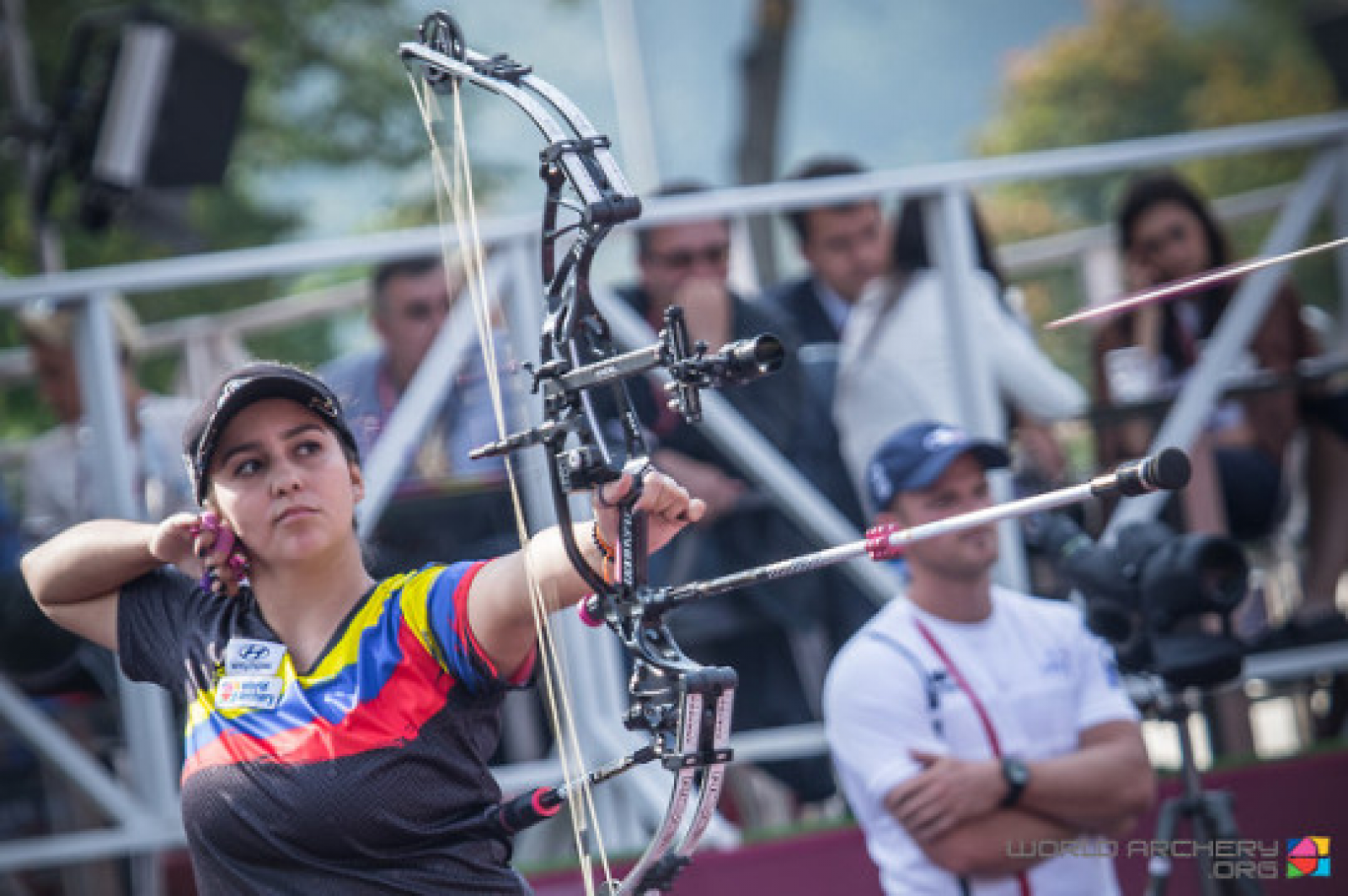 Moscow, Russia - The finale of the 2019 international archery season took place in September 2019 with serious anticipation for several archers to make history. And Team Hoyt did not disappoint.

Team Hoyt recurve archer Brady Ellison and Team Hoyt compound shooter Sara Lopez have been there many times before. In fact, both of them went into this World Cup Finals with a chance to make history by winning their fifth World Cup Championship Title. No shooter has ever won 5 World Cup Finals.

After intense qualifications and head to head matches, Ellison and Lopez found themselves in the Gold Medal matches. They were both one step closer to making history. The only thing that stood between them and history were two fierce competitors, but when the final arrows were shot Ellison and Lopez had made history, each winning their respective divisions and taking home their fifth World Cup Finals Championship.

Joining Ellison and Lopez  from Team Hoyt was Mike “Mr. Perfect” Schloesser who battled his way to a Gold Medal in the Men’s Compound Division. Schloesser’s Gold Medal is a nice addition to the many World Cup medals already hanging in his trophy room.

It has been an amazing year for Team Hoyt! Congratulations to Hoyt archers from across the globe for another year of dominating performances. You’re an inspiration to the entire archery world.