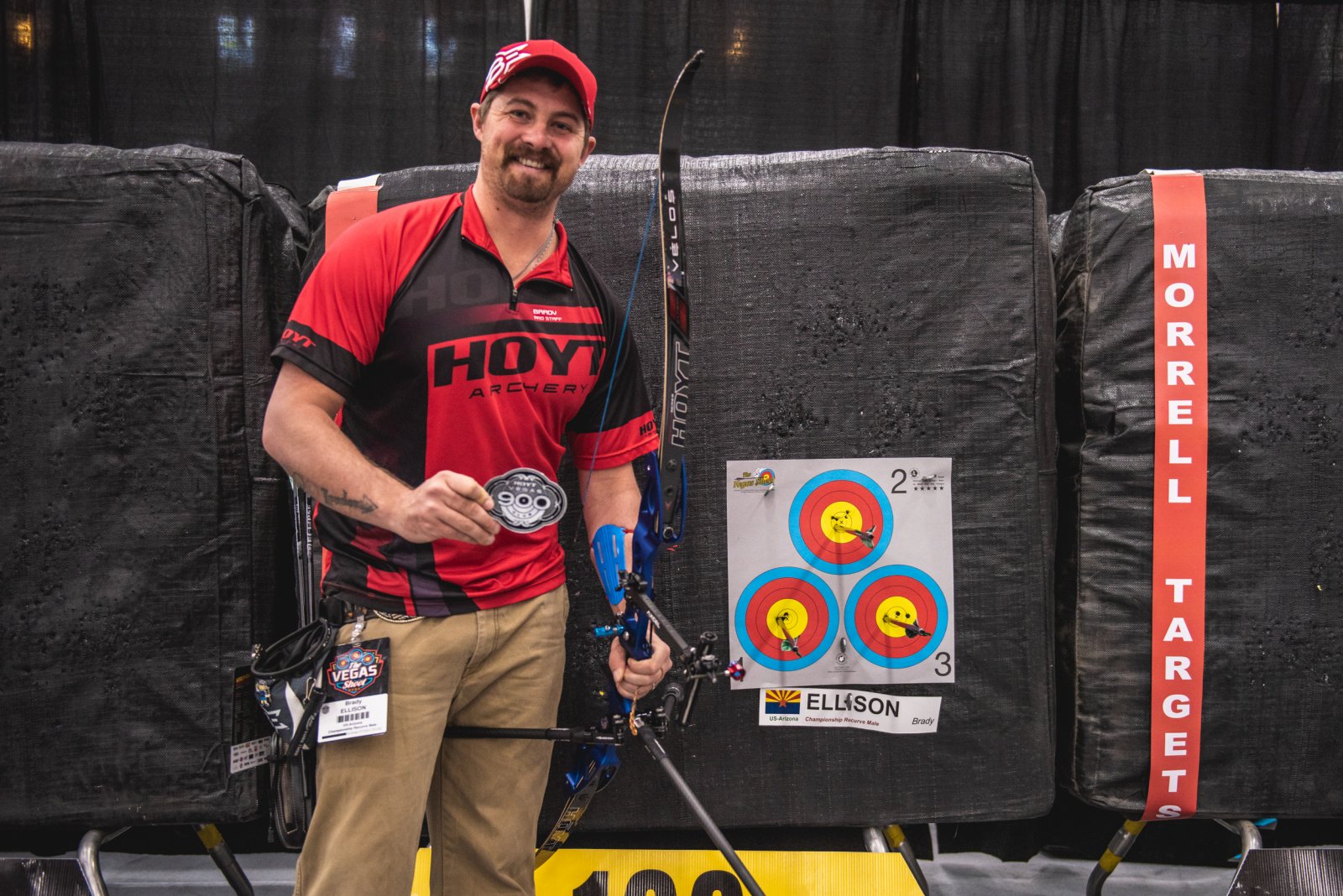 LAS VEGAS, Nevada – There is no larger stage in archery than the famous Vegas Shoot. Nearly 4000 shooters make their way to the Southpoint Casino in fabulous Las Vegas each year to test their skills in one of the most high-pressure tournaments you’ll find anywhere in the world. Archers shoot a 300 round on Friday, Saturday and Sunday and their combined points from those three rounds is their final score. Shooting a 900 is the ultimate goal, but only a very few select compound archers have ever accomplished it. No recurve archer has ever accomplished it. Until now. 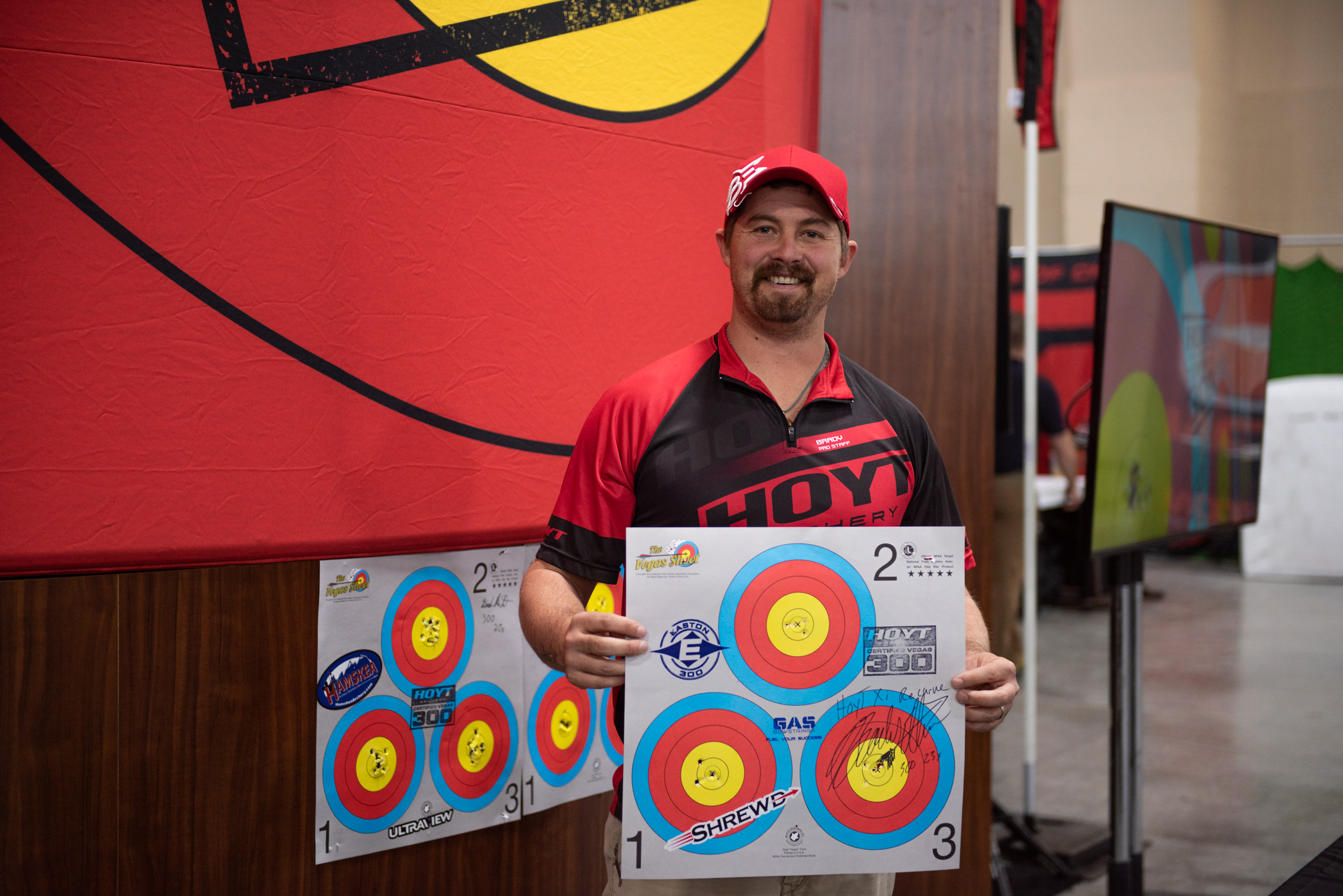 During the 2020 Vegas Shoot, we witnessed history being made as Hoyt Pro Staff member and World Champion Brady Ellison shot a perfect 900 with his Hoyt Formula Xi and Velos limbs. This marks the first time in history that a recurve shooter has shot perfect in Vegas. It has been Brady’s goal for many years to accomplish what no recurve shooter ever done, and what very few compound archers have done. Shooting a 300 on day one was already out of the ordinary. Following it up with another 300 on day 2 had everyone taking notice and talking about what might happen on day 3. And on day 3, when Brady’s 90th consecutive arrow of the weekend landed in the 10 ring, Brady landed himself in the history books. One of the things Brady was most excited about was to have earned the coveted Hoyt 900 Club belt buckle that had previously only been earned by his compound shooting teammates. Along with a perfect score, a 900 buckle, and a place in the history books, Brady also earned himself a first-place finish and the top spot on the podium. Hoyt teammate, Crispin Duenes,shooting a Hoyt Formula Xi with Velos limbs, joined Brady on the podium with a strong 2nd place finish. 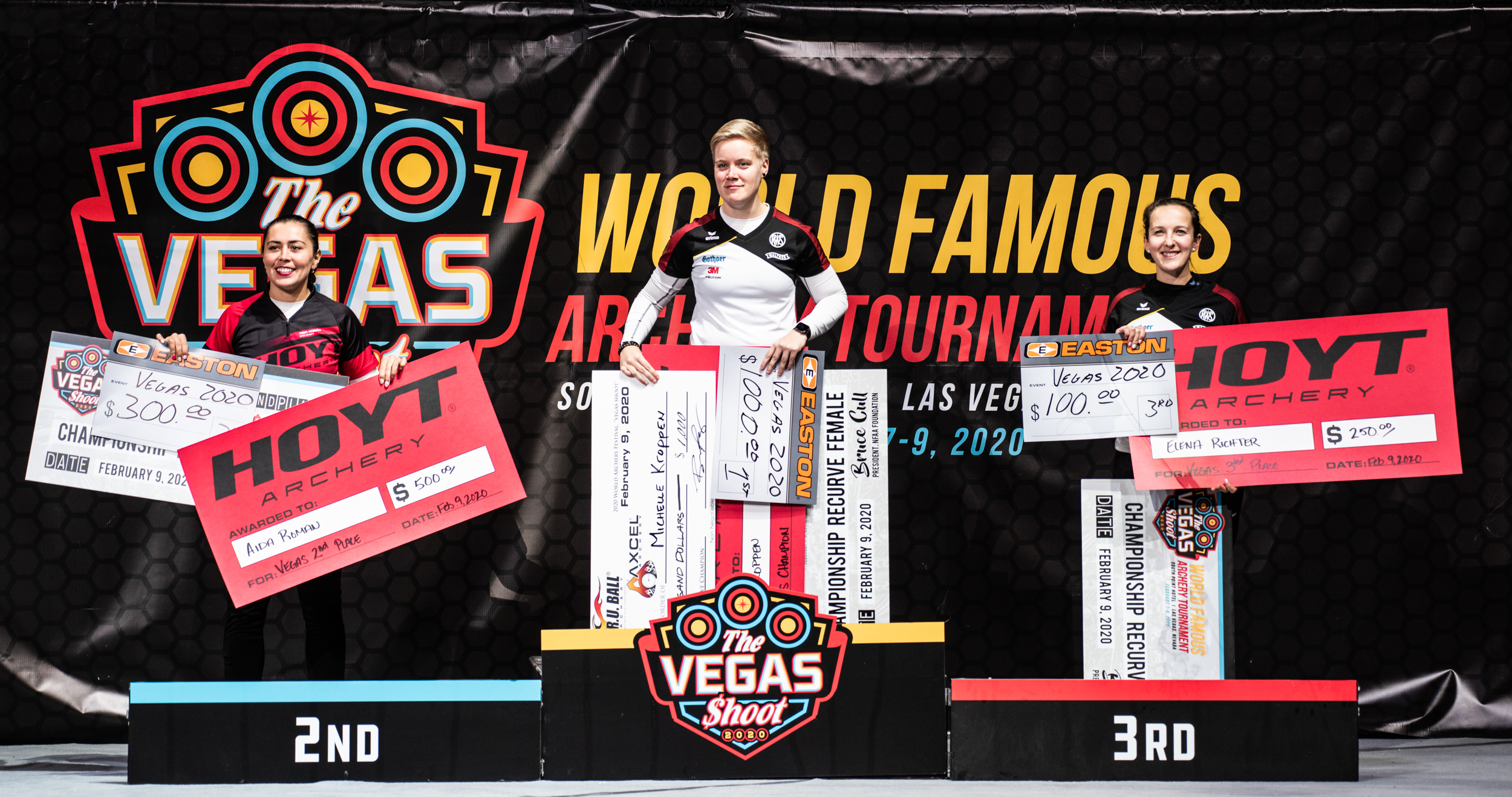 Not to be outdone by the men, Hoyt women’s recurve shooters Michelle Kroppen, Aida Roman and Elena Richter swept the women’s recurve podium, taking 1st, 2nd and 3rd place respectively, all of them shooting Hoyt Formula Xi with Velos limbs. 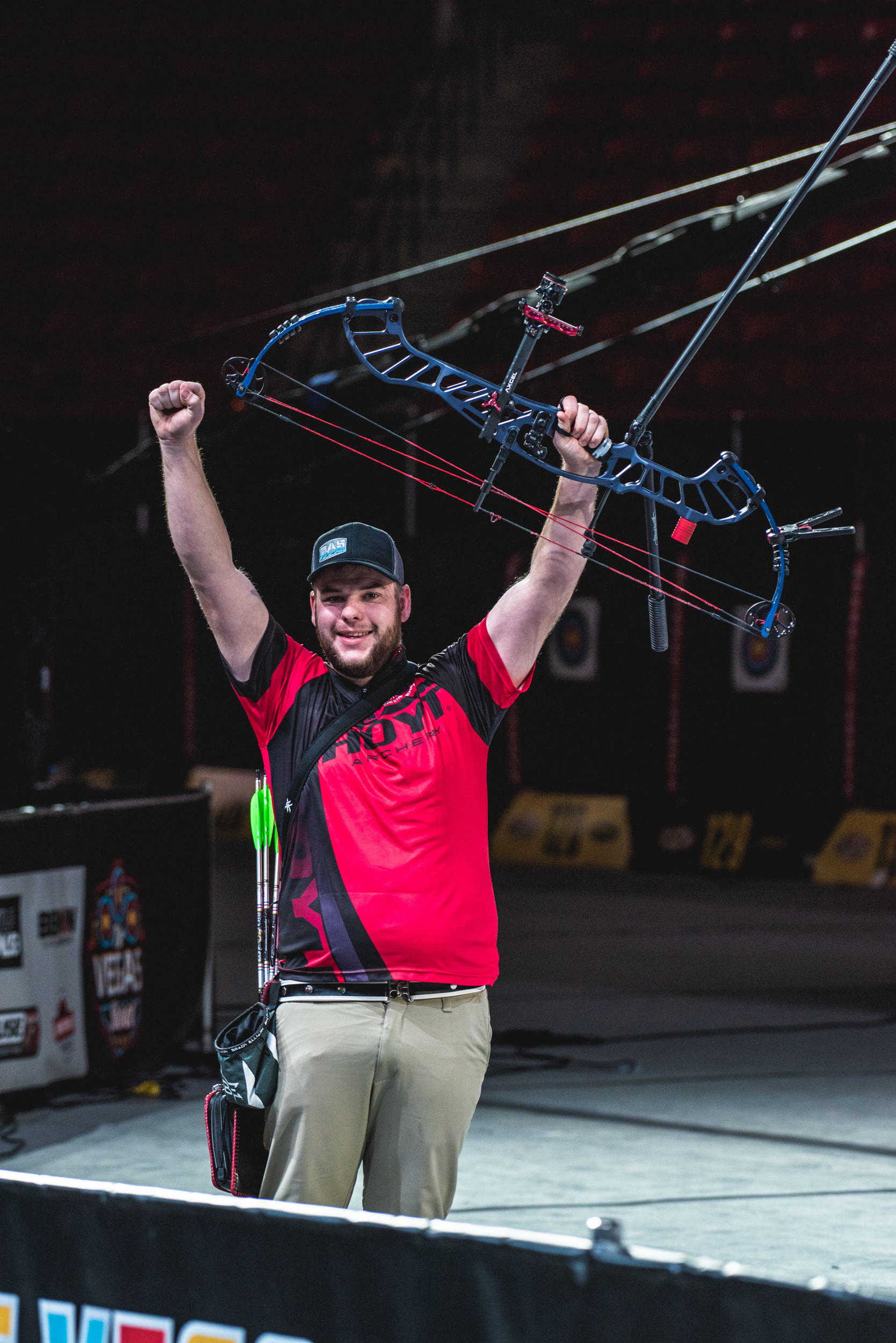 In conjunction with the Vegas Shoot, the Indoor Archery World Series Final takes place on Saturday night, with all archers who qualified at previous Indoor World Series events meeting up in Vegas to decide the Champion. After several grueling elimination matches, Mike “Mr. Perfect” Schloesser validated his nick name and took home the Gold Medal behind a flawless performance, shooting his Hoyt INVICTA. 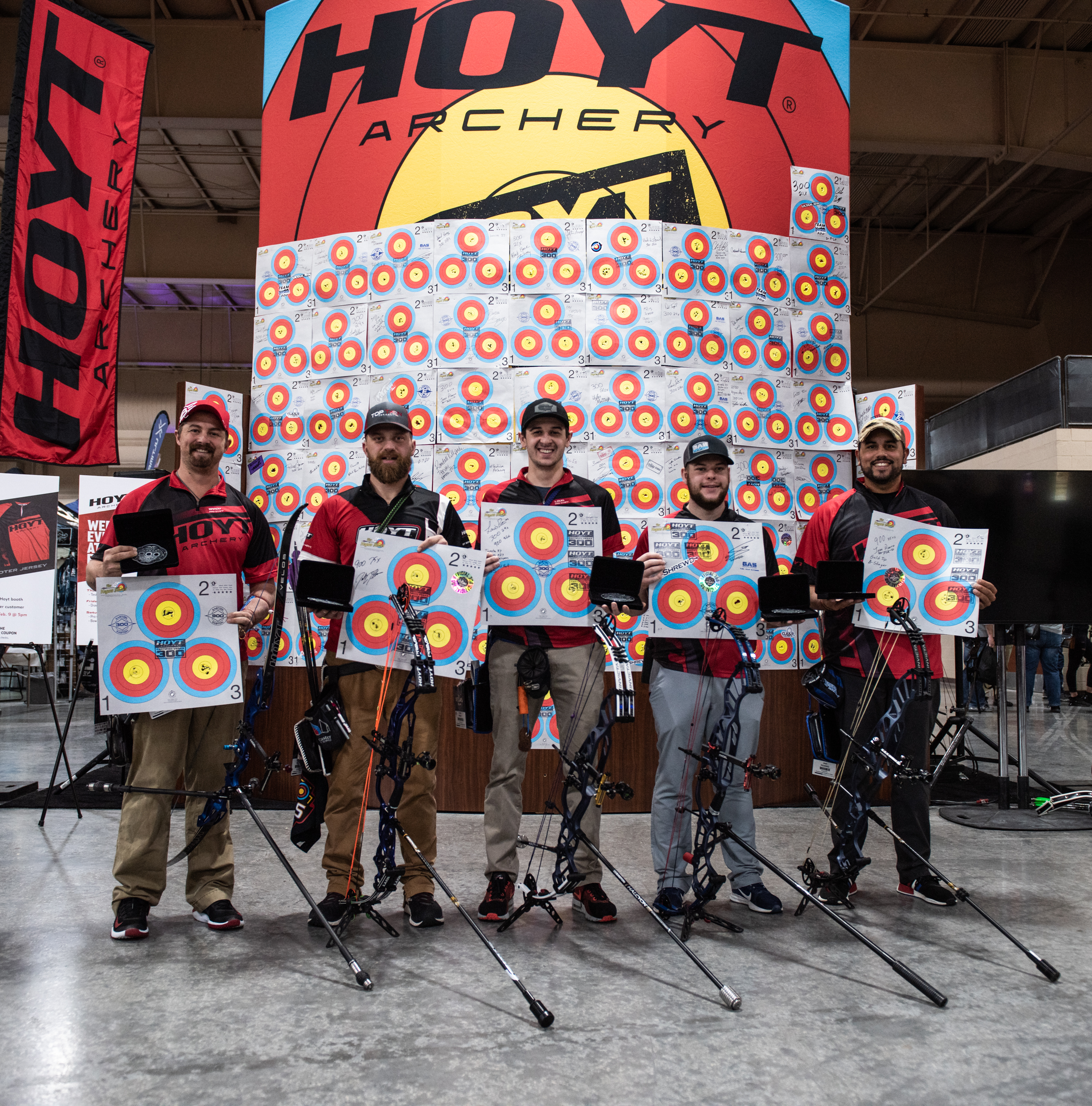 Joining Brady Ellison in the Hoyt 900 Club this year were 6 compound shooters including, from left to right, Jeremiah Starks, Louis Price, Mike Schloesser, Jean Pizarro, and (not pictured) Sergio Pagni and Lee Gibbs.

Thank you to everyone who spent time at the Hoyt booth, who shared their perfect 300 targets with us, who participated in our youth event and who came to test shoot the new bows. We can't wait to see you again next year. 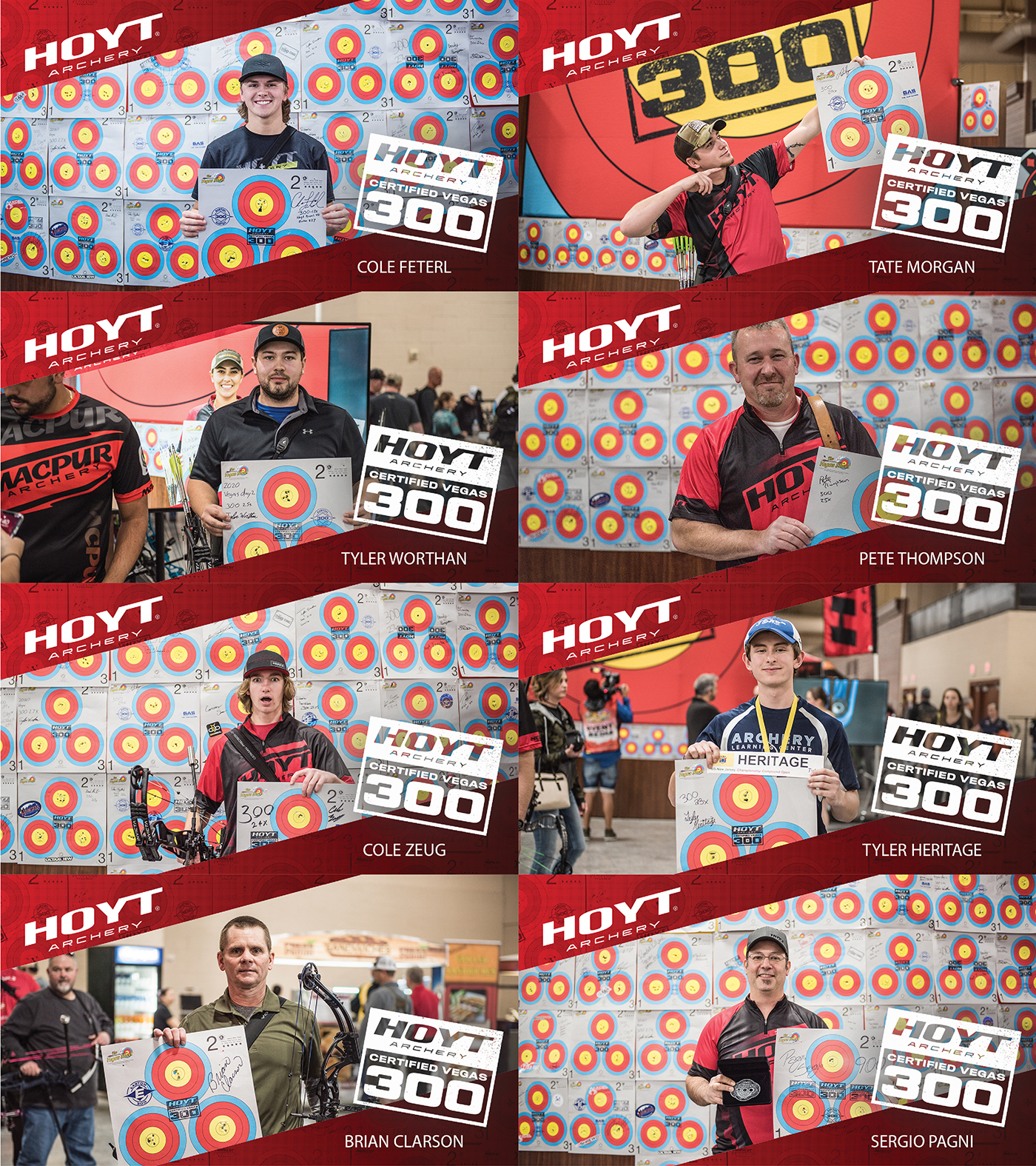 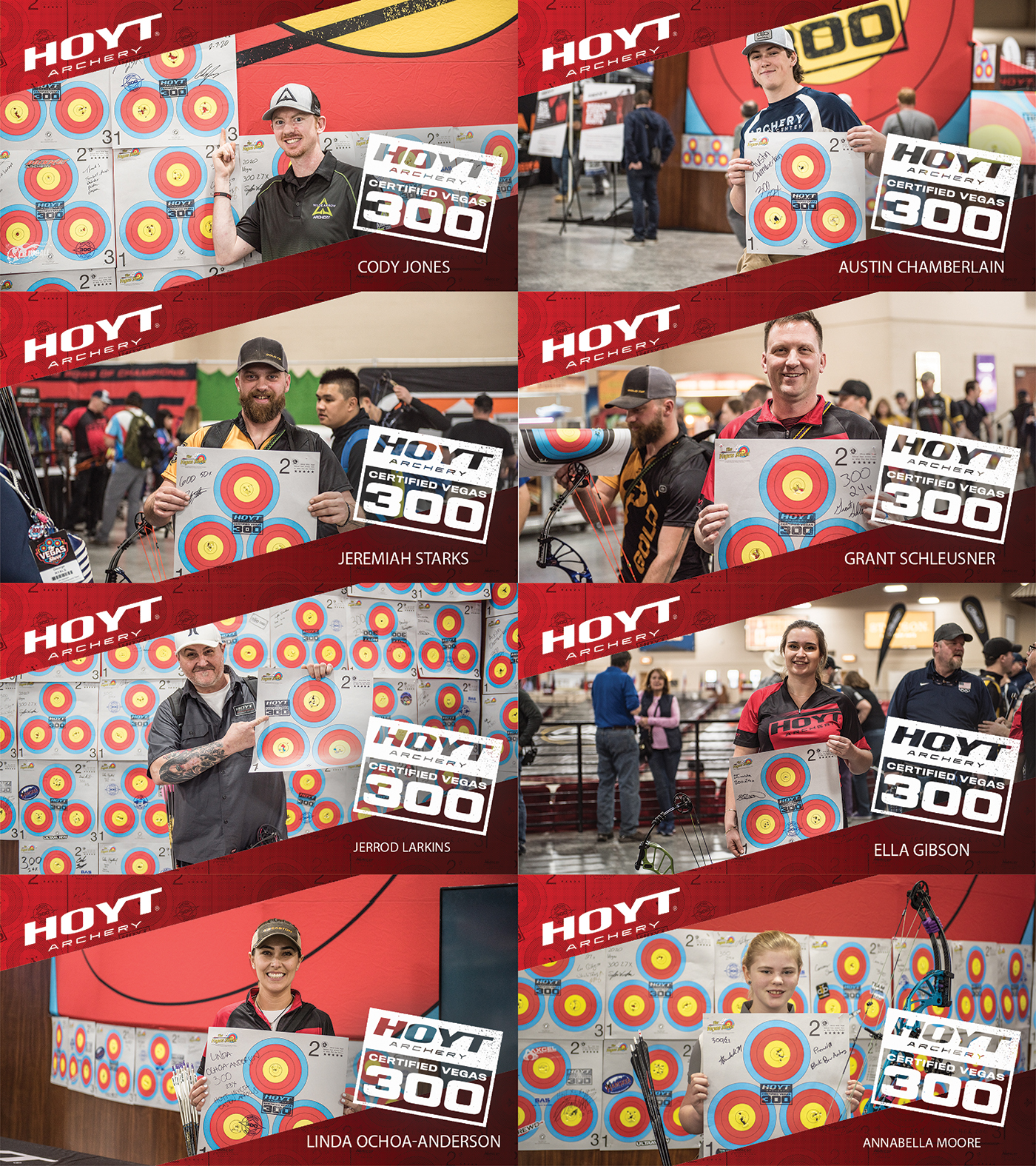 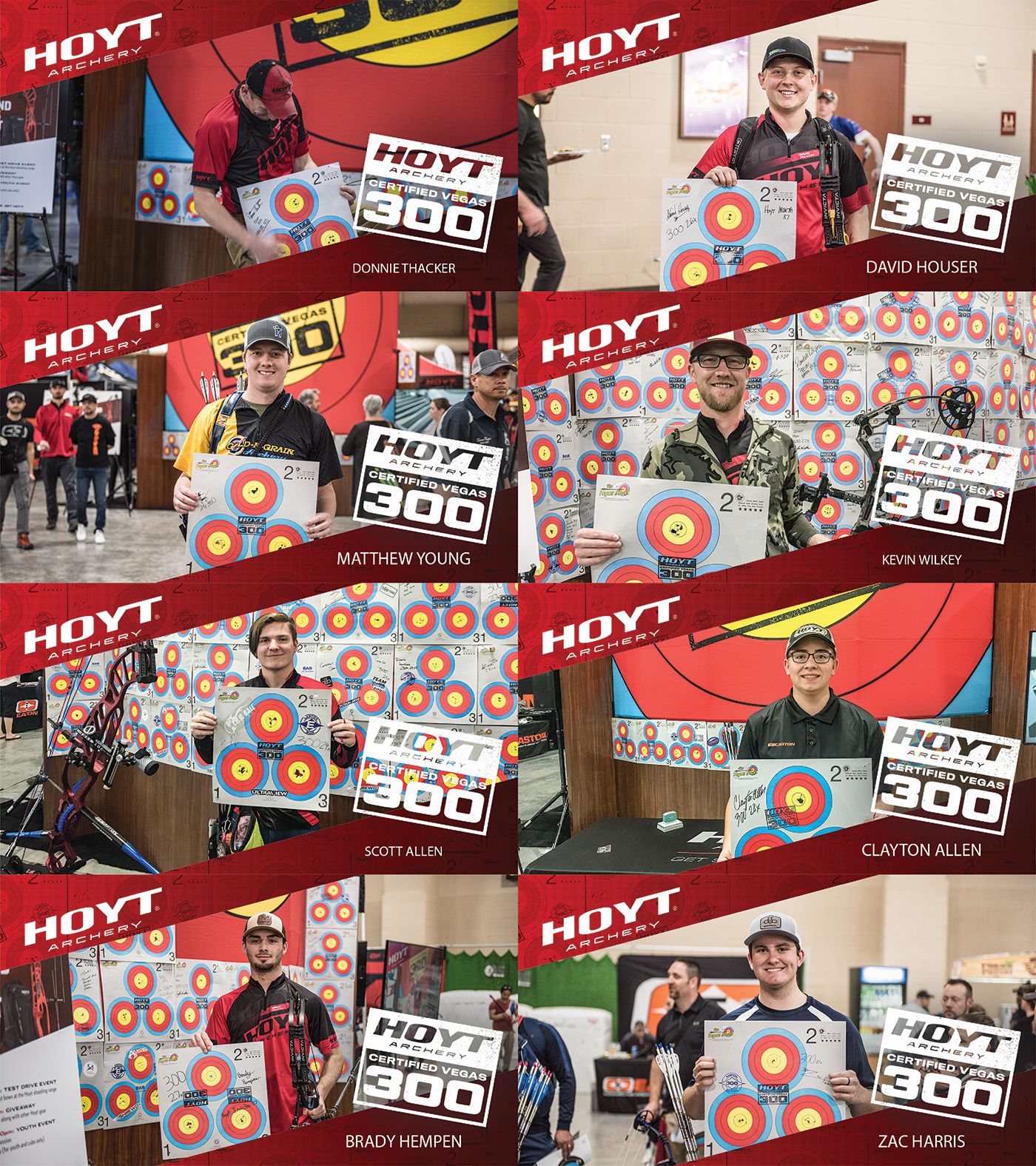 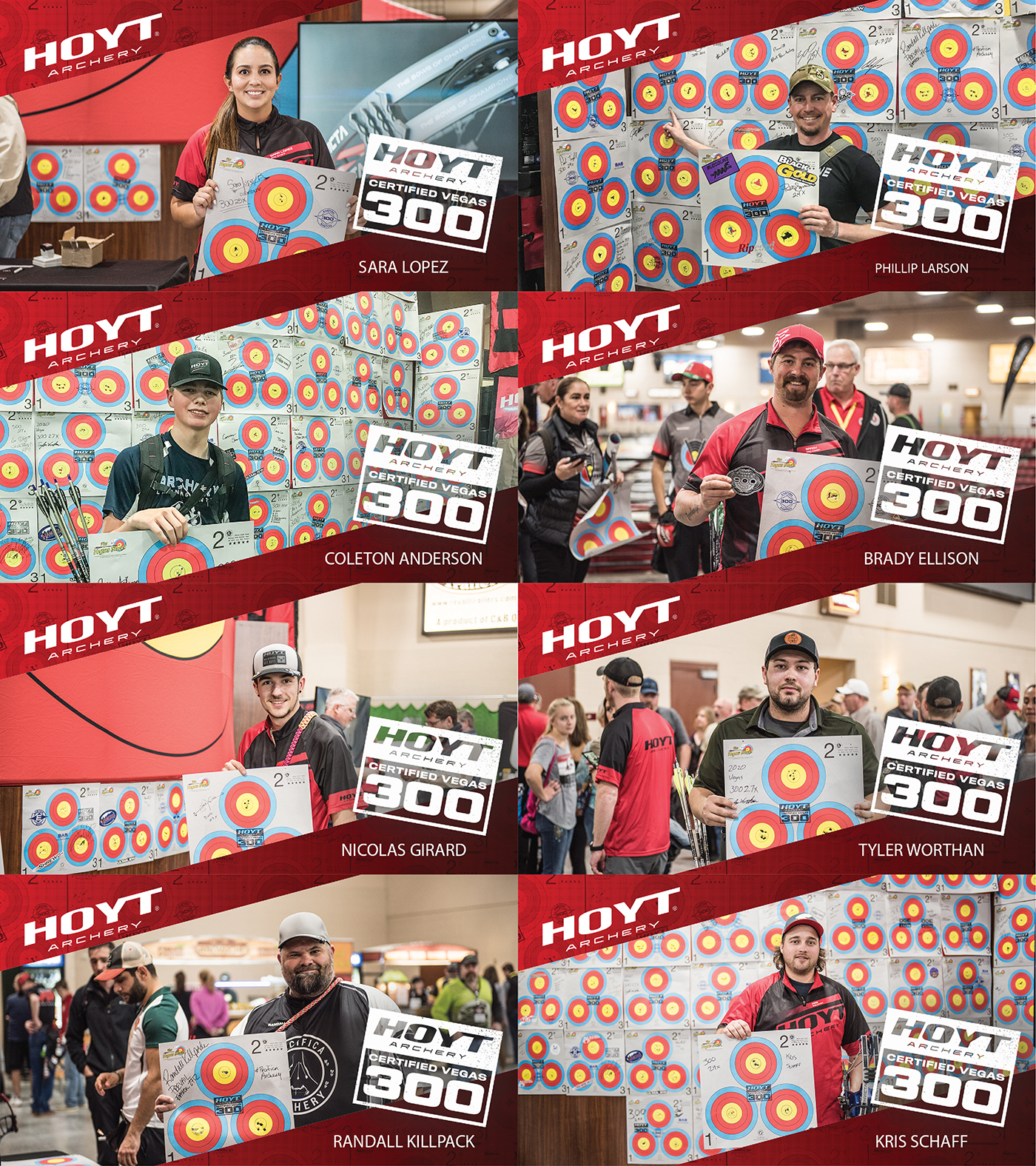 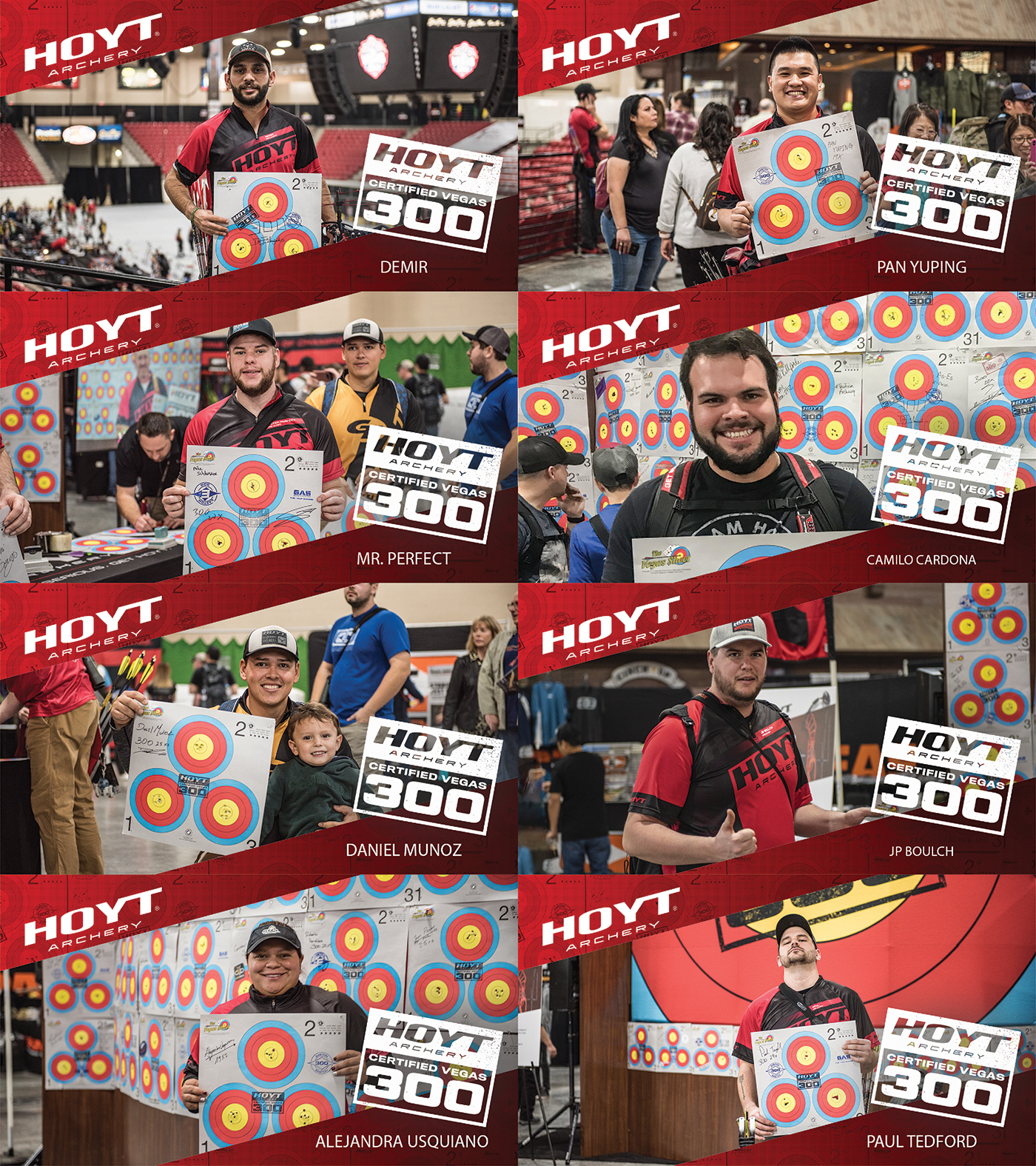 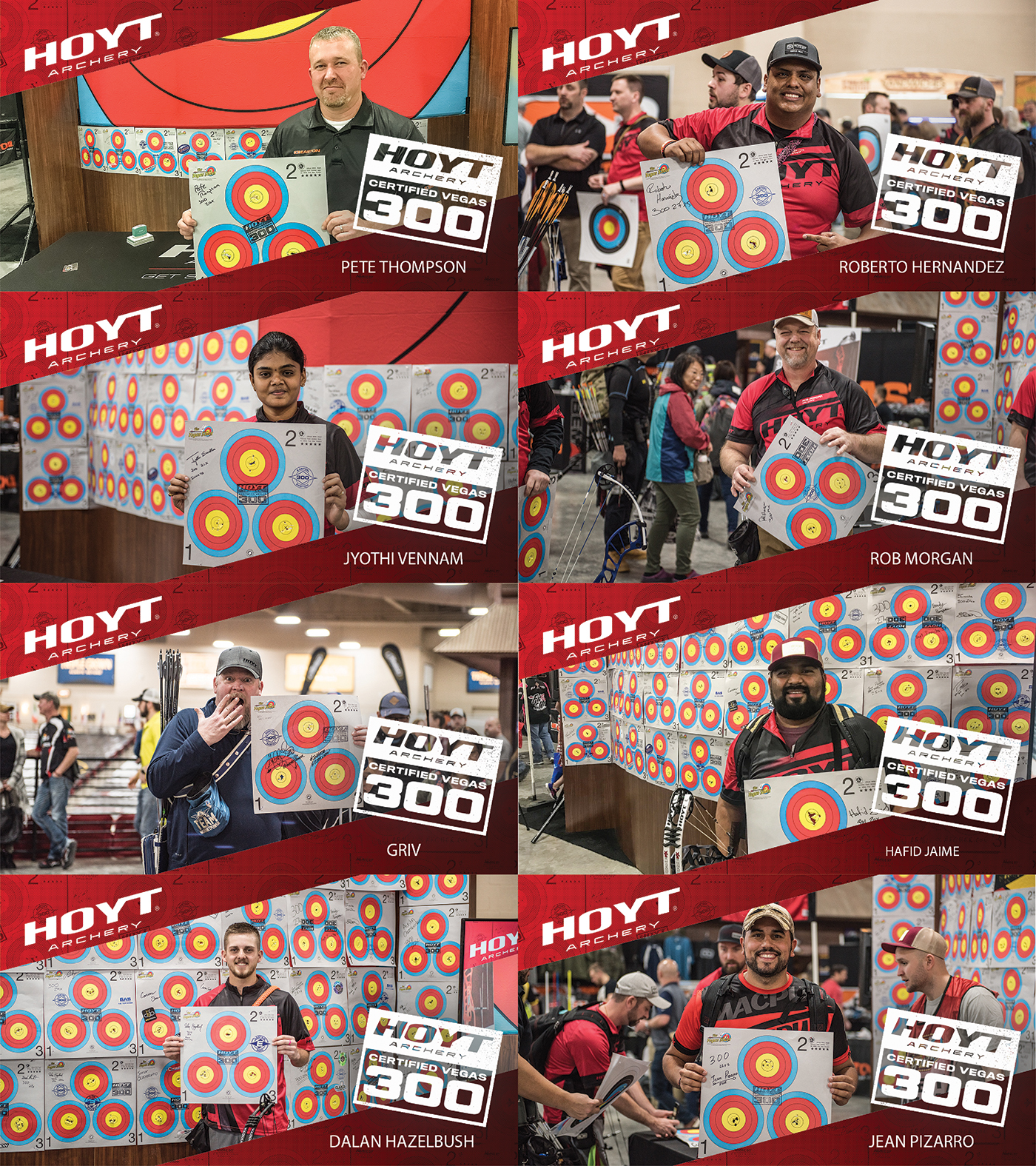 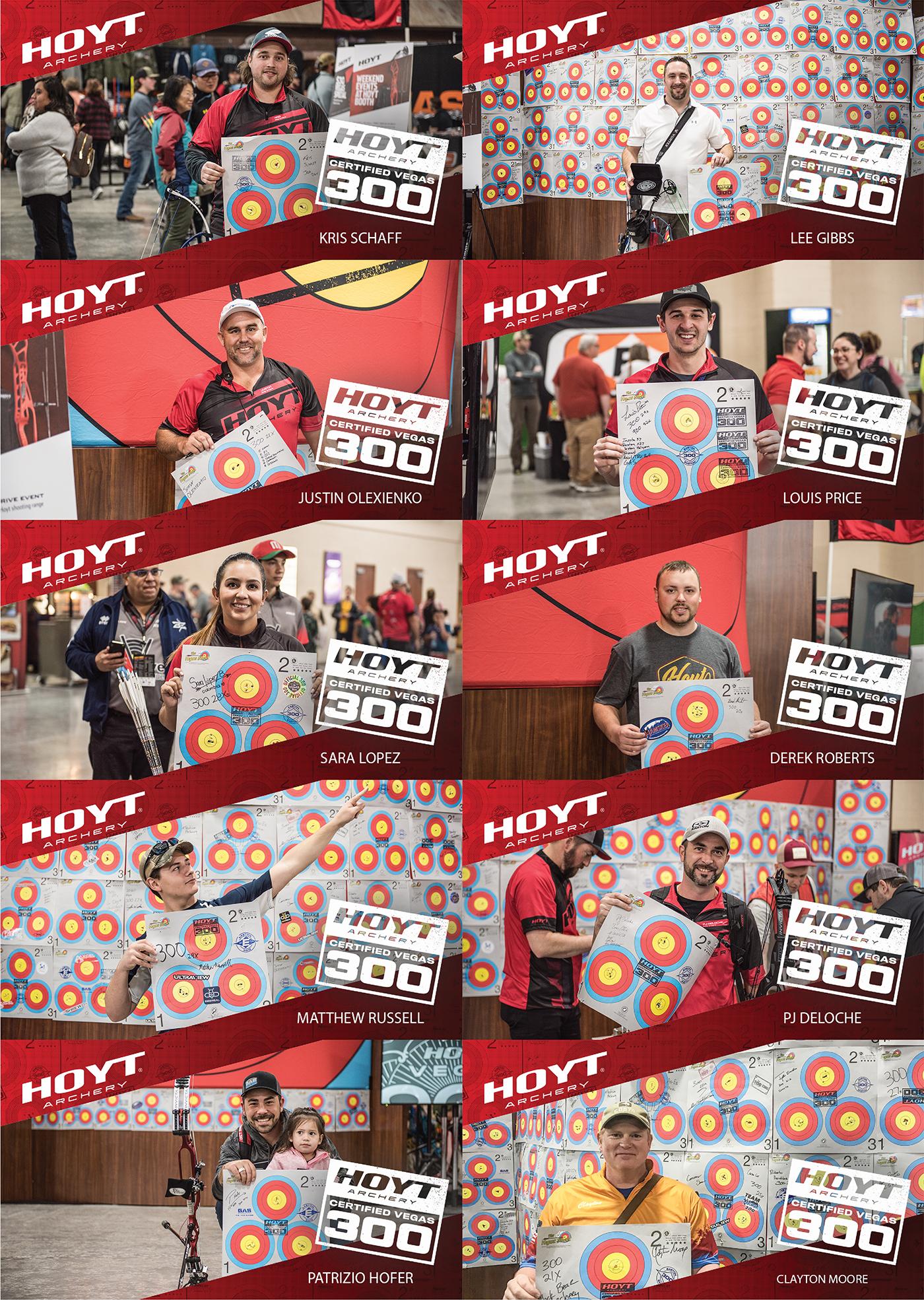