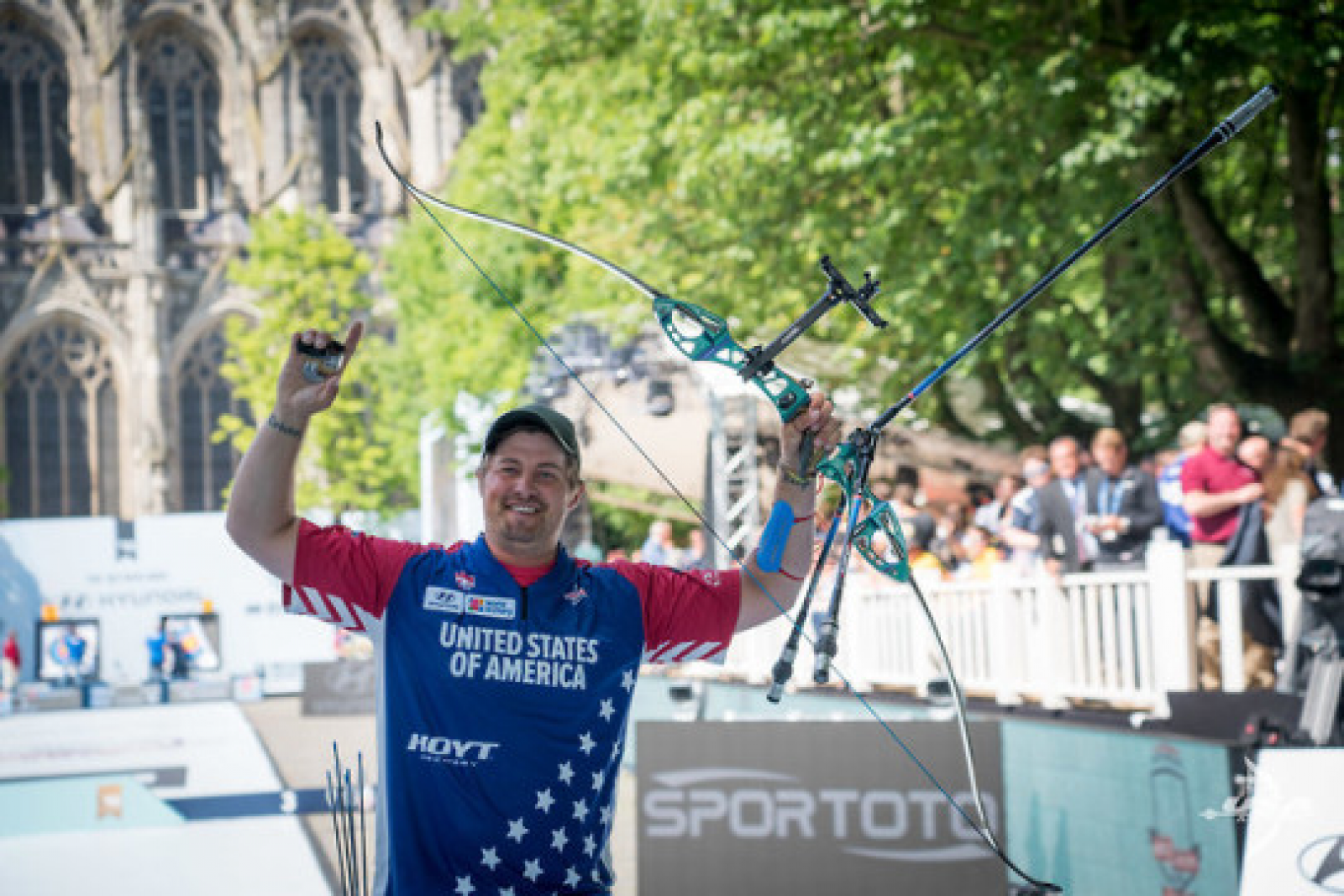 Team USA archer and Hoyt Pro Staff member, Brady Ellison, is currently the top ranked archer in the world heading into the 2019 World Cup Final. Having won gold in two of the season’s World Cup stages, Ellison is a favorite to win Gold at the World Cup final.

In addition to his two World Cup stage wins, Ellison shot his way to a World Championship Title earlier this summer in the Netherlands, set a new World Record with a score of 702 at the Pan Am Games last month in Lima, and set another World Record recently at the U.S. National Target Championships and U.S. Open in Dublin, OH.

To say Ellison is at the top of his game would be an understatement. Winning the World Championship and setting two new World Records in the same season is no easy task in any sport at any level, but to do it in today’s archery landscape with so many top shooters in the world shooting so many incredible scores is truly amazing.

Follow along with @hoyttargetarchery Instagram for regular tournament updates from the World Cup Finals as we watch Ellison and all the other top shooters in the world compete for Gold.